It’s easy to calculate a slope in Excel using the SLOPE function, but it’s also possible to use chart trendlines and simple arithmetic as well. This article will show you how to do all three, so keep reading!

Calculate Slope in Excel with the SLOPE Function

Excel SLOPE Function Formula: How to Calculate Slope in Excel without a Graph

The syntax of the SLOPE function is shown below:

known_ys: the known y-values (the values on the vertical axis or dependent variables)

known_xs: the known x-values (the values on the horizontal axis or independent variables)

In this example, there are only two x-values and two y-values. The formula for calculating the slope between the two points defined by the x- and y-values is

See also  3 Steps to Working with Array Formulas in Excel

Because there are only two values, the slope could have been calculated as the rise over the run, or the difference in the y-values divided by the differences in the x-values.

Of course, the result of this calculation is also 1.2.

If there are more than two pairs of x- and y-values, the SLOPE function returns the slope of the line of best fit for the dataset. Let’s see how it works by adding another pair of x- and y-values to our data from before. Now the formula is:

This is not the slope between any two sets of points. Instead, it is the slope of a straight line that “best fits” the data. The slope of the best fit line is calculated using linear regression.

#DIV/0! Error: Only One Pair of Values Selected

If only one pair of x- and y-values is selected as the SLOPE function arguments, this equivalent to trying to calculate the slope of a single point. This is undefined, and so the result is a #DIV/0! error

In the example below, one x-value and one y-value are entered as arguments.

When all x-values in the dataset are the same, the line represented by the data is perfectly vertical. The slope is infinite or undefined in this situation because the “run” in the denominator is zero. This also causes a #DIV/0! error, as demonstrated below:

This returns an #N/A error:

How to Find the Slope of a Trendline in Excel: Find Slope on an Excel Scatterplot

Charts are a great way to visualize a data set, and they also provide an opportunity to add a trendline that can display the slope of a set of x- and y-values.

The method below works if the data is on a spreadsheet with the x-values in one column and the y-values in another column immediately to the right of the x-values as shown in the images below.

Select ALL the data… 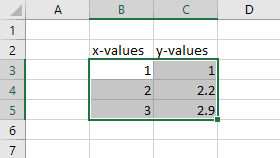 …then insert a scatter chart by selecting Insert > Scatter Chart. (The scatter chart with only data markers works best for this.) 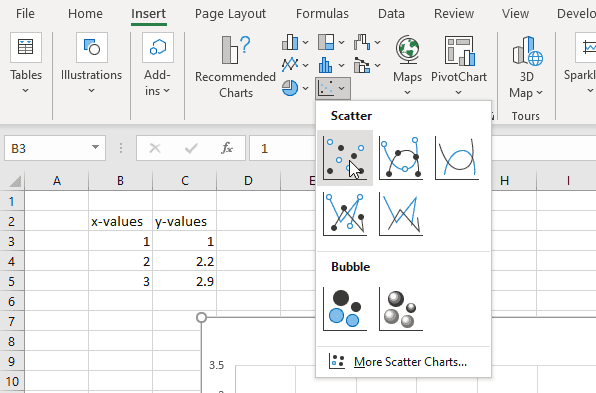 The data will be shown on a chart like this: 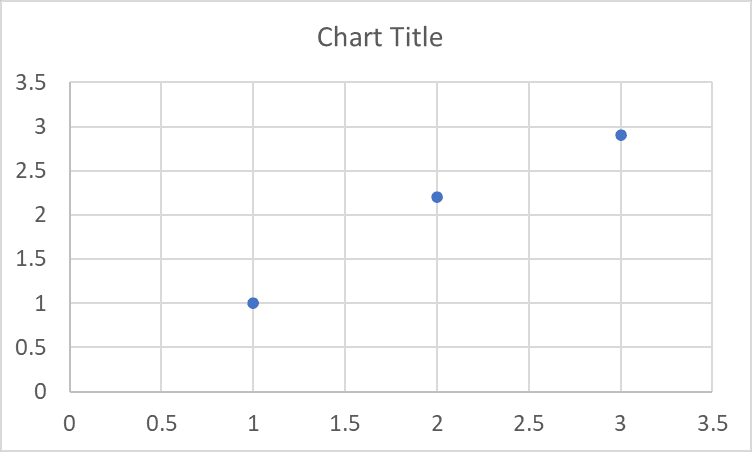 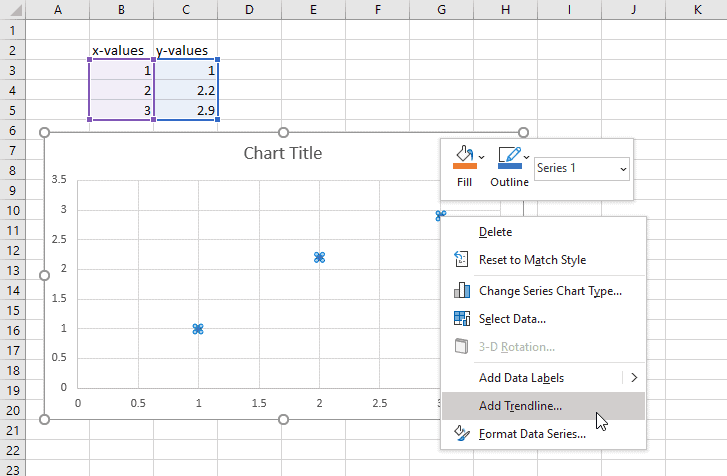 This adds a linear trendline to the chart by default: 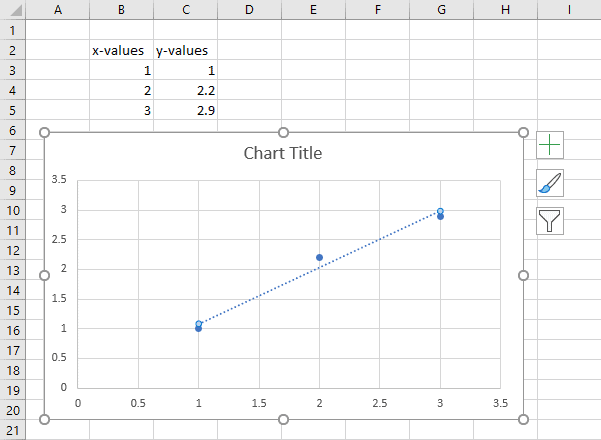 Step 3: Display the Trendline Equation on the Chart 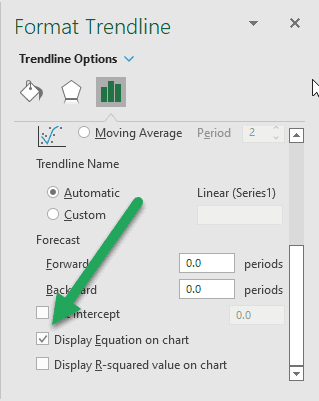 The trendline equation is displayed on the chart: 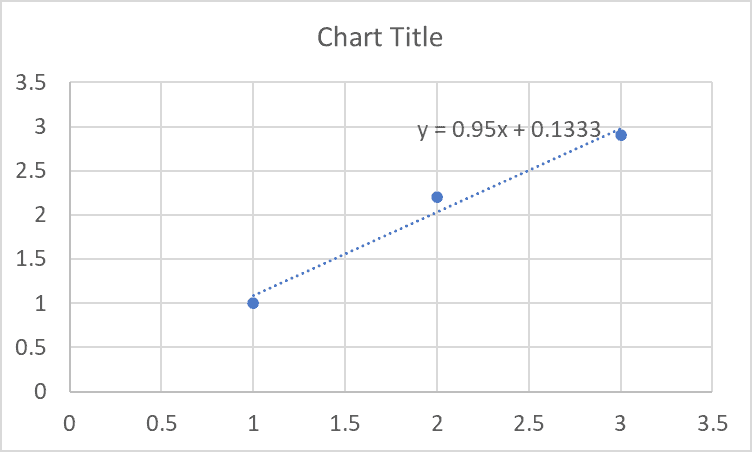 How to Calculate Rise over Run in Excel

As discussed above, if there are only two x- and y-values, it possible to calculate the slope, or rise over run, of the data points without using the SLOPE function.

See also  How to Use Excel Solver for Multiple Linear Regression

In the example below, the rise over run is calculated by

Calculate Slope in Excel with the LINEST Function

The LINEST function is an array function that can be used to perform linear regression and non-linear curve fitting. However, it can calculate both the slope and the intercept of a data set with a single formula.

The LINEST function has similar arguments to the slope function, with a couple of additions:

In the example below, the same x- and y-values are chosen. CONST is TRUE so that the y-intercept will be calculated normally, and STATS is FALSE so that no additional statistics are returned. 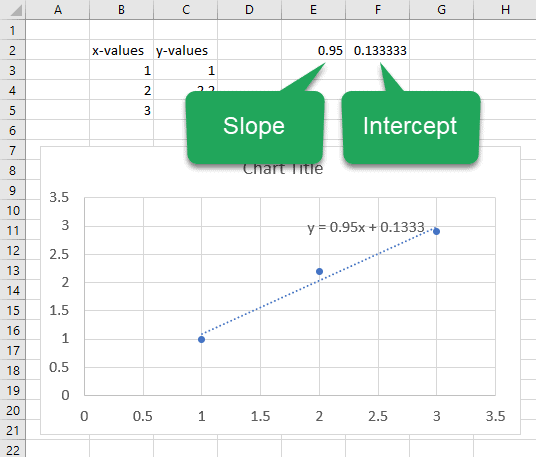 The values of the slope and intercept returned by LINEST match the values in the chart trendline. The slope is 0.95 and the y-intercept is 0.133