Hardness and toughness are material properties than sound similar in layman’s terms but are in fact two distinct scientific measures. Tough materials are those that are resistant to fracturing, measured by the amount of breaking energy they can withstand. Hardness, on the other hand, is how much a material can withstand scratches, cuts, or other abrasions, as well as plastic deformation.

What is the Relationship Between Hardness vs Toughness?

Like we mentioned above, hardness is a measure of a material’s resistance to cutting and other abrasions. But it’s also a measure of how willing (or unwilling) a material or object is to plastic (permanent) deformation. If a material is difficult to scratch, or unwilling to bend, then it is relatively hard.

Hardness is measured with a hardness tester and is usual measured on the Rockwell scale. A hardness tester measures how deeply a stylus with a specified profile can penetrate the surface of a material. 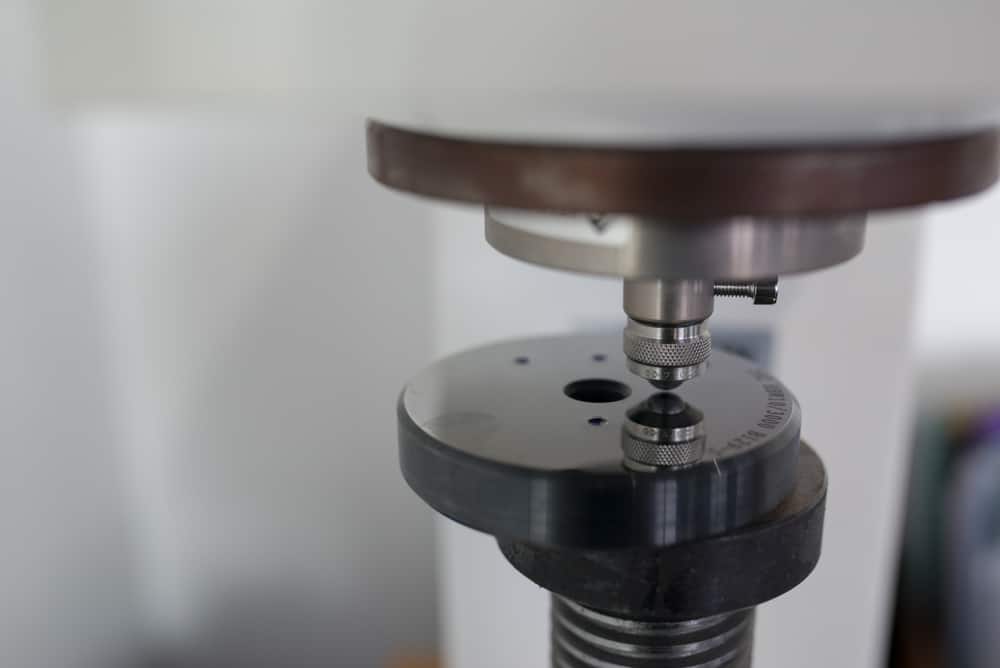 On the other hand, toughness determines how easily an object will break or fracture with a force. If you throw something against a wall and it shatters into small pieces, than that material is said to have a low toughness to it.

Charpy testing is used to measure the toughness of a material. A Charpy test measures the amount of energy a test specimen can absorb before failing. 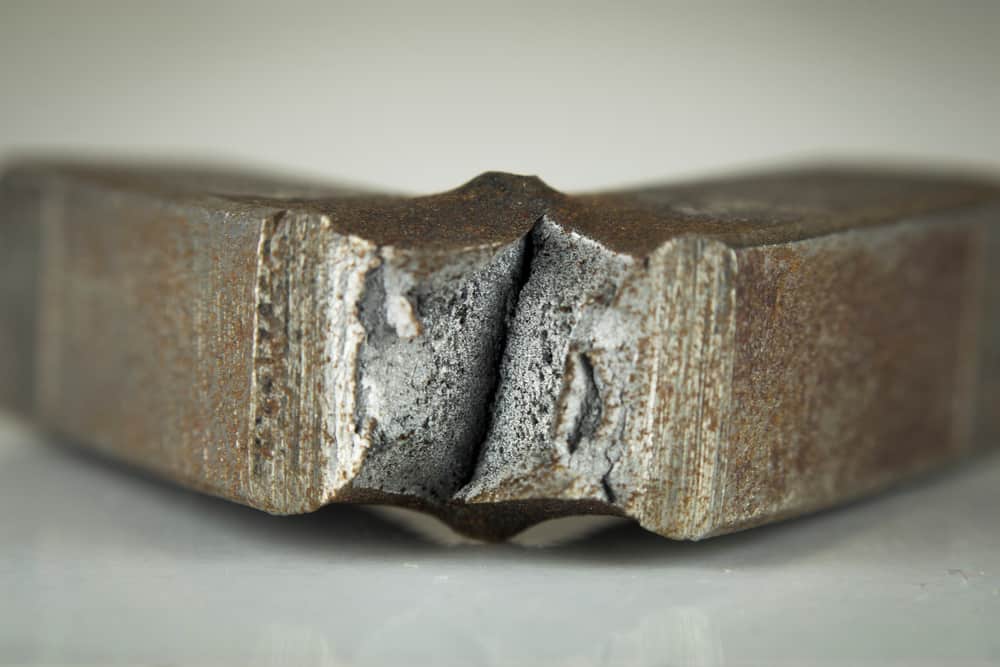 Let’s look at a few examples to give an idea of how hardness and toughness differ.

Take a sponge, for example. If you were to tear a sponge, it would rip apart easily. That means that a sponge has a very low hardness. However, if you were to drop a sponge off a tall building, it’d probably bounce once or twice and when pick it up it would look the same, no damage at all. And that’s because a sponge has a relatively high toughness.

Is Steel Hard or Tough? 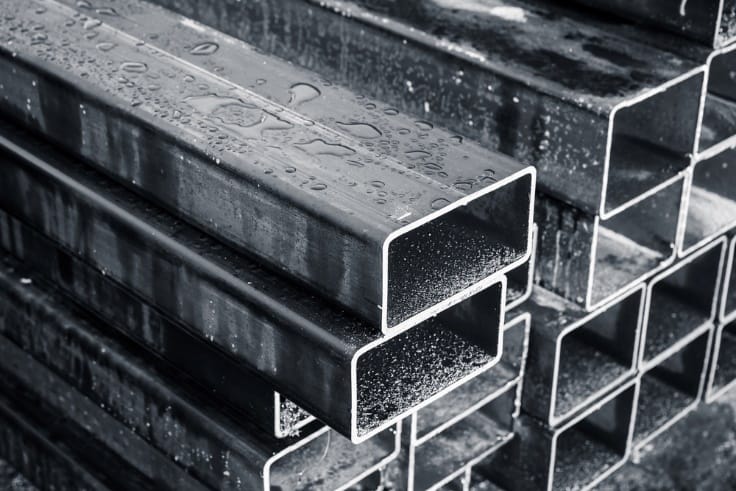 Whether steel is hard or tough depends on what kind of steel it is. Steels can be shaped differently and made into a variety of alloys by mixing in carbon or other metals.

Generally, steel that is harder sacrifices toughness and becomes much more brittle. If a piece of steel is very thin, obviously it is more brittle as well and will break under small amounts of force, but it’s important to remember that measures of hardness and toughness are relative to the shape and size of a material as well. Steel could also be tempered to be more malleable, or in other words more bendable, and therefore tougher and harder to break.

In carbon steel, the way the alloy is formed dictates these two properties. Hardness occurs when the steel has long, thin needle shaped grains of carbon alloys running through it, that can help to resist deforming forces. When carbon steel has more round grains of carbon alloys interspersed within it, it is tougher and able to resist shock forces.

The Difference Between Toughness and Strength

Toughness and strength are two other terms that are often used interchangeably, at least when speaking generally. But again in material property terms, these two words do not mean the same thing.

Toughness is not the same thing as strength, because it describes a different mode of failure. Toughness is a material’s ability to absorb shock-like energy without fracturing, like from the blow of a hammer. There also exists various types of toughness, like notch toughness, impact toughness, and fracture toughness.

The difference between these two properties, and hardness too, are well illustrated by stress-strain curves derived from a tensile test. The line of a material under stress will move linearly, stress (y-axis) and strain (x-axis) increasing, until its yield strength is reached. From there, it will curve in a manner and flatten (only strain increasing, stress having leveled out), until it stops at ultimate failure. The area under the curve is equivalent to a material’s toughness.

Studying the stress-strain curve, a material may have a higher yield and ultimate strength, but ultimately a lower toughness than another material. This is because there is more strain before ultimate failure occurs in the tougher material.

What Is The Difference Between Toughness and Ductility?

The key to toughness is being able to absorb energy, obviously without fracturing. Ductility is defined as the measure of how much a material will deform before fracturing. That sounds quite like toughness, but in reality, the two properties do not have a one-to-one relationship. 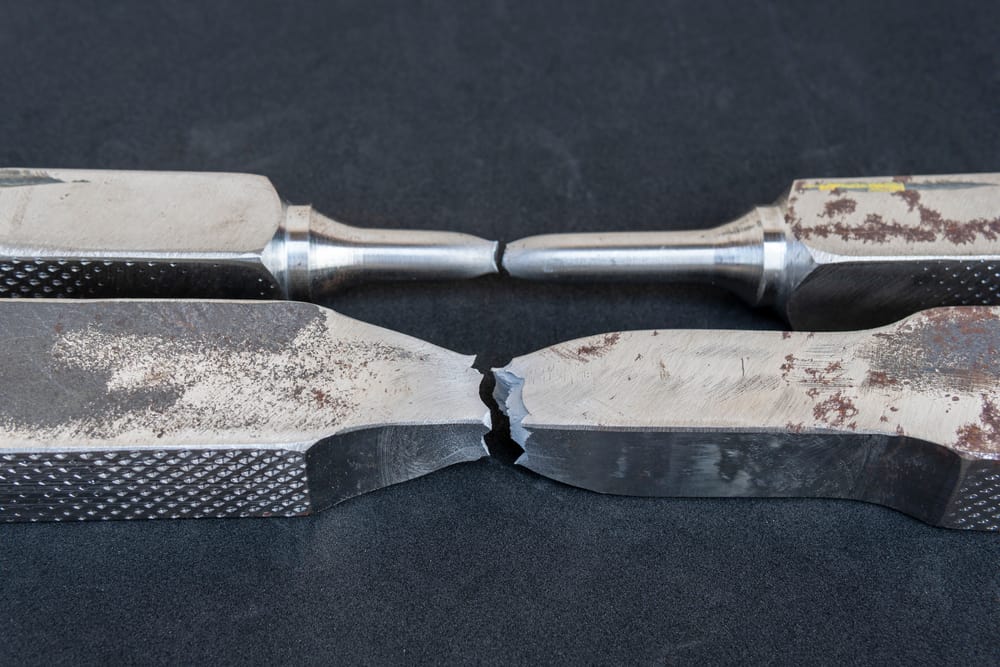 Take the example of different carbon steel alloys. High carbon steel will easily be the strongest, having the highest yield and ultimate strength, but breaking quickly with little strain. Low carbon steel is the opposite, breaking more easily but able to be bent much more before failure. It is medium steel, with a good strength and ductility, that has the highest toughness (and area under stress-strain tensile test curve).