One of the most important design aspects in the realm of human flight is making sure the drag experienced by a wing is limited enough to get off the ground, and efficient enough not to burn so much fuel that the cost is not worth the flight.

The best way to ensure these requirements are met is to design the wings of a plane to experience fully or mostly laminar flow. Decreasing turbulence across the surface of the wing makes flight safer, cheaper, easier, and certainly more comfortable.

What is a Laminar Flow Wing?

First we should define what exactly laminar flow is. Flow is what happens as a fluid, either gas or liquid, moves in an uninterrupted fashion over an object. In the case of an airplane, this flow occurs over streamlined parts of the airplane like a wing or fuselage. The distinction of what exactly laminar means, is that it is the opposite of turbulent, in simplest terms.

While that may seem obvious, it’s an important distinction. Laminar means smooth, continuous flow over the surface of a wing or airfoil, and it also means predictable. Turbulent air, on the other hand, does not just mean faster air. It means bumpy, discontinuous flow that interrupts in point and ultimately creates drag through friction with the air. Minimizing this drag is important for safe and efficient airplane flight.

The History of Laminar Flow Wings

The P-51 Mustang was one of if not the first aircraft to intentionally be designed with laminar flow wings, by the National Advisory Committee for Aeronautics, the precursor to NASA. It is still up for debate upon historical review if the surface quality of wing material was sufficient enough to induce laminar flow in these early models. Initially designed mathematically, a quarter scale model was tested in a wind tunnel by the California Institute of Technology. 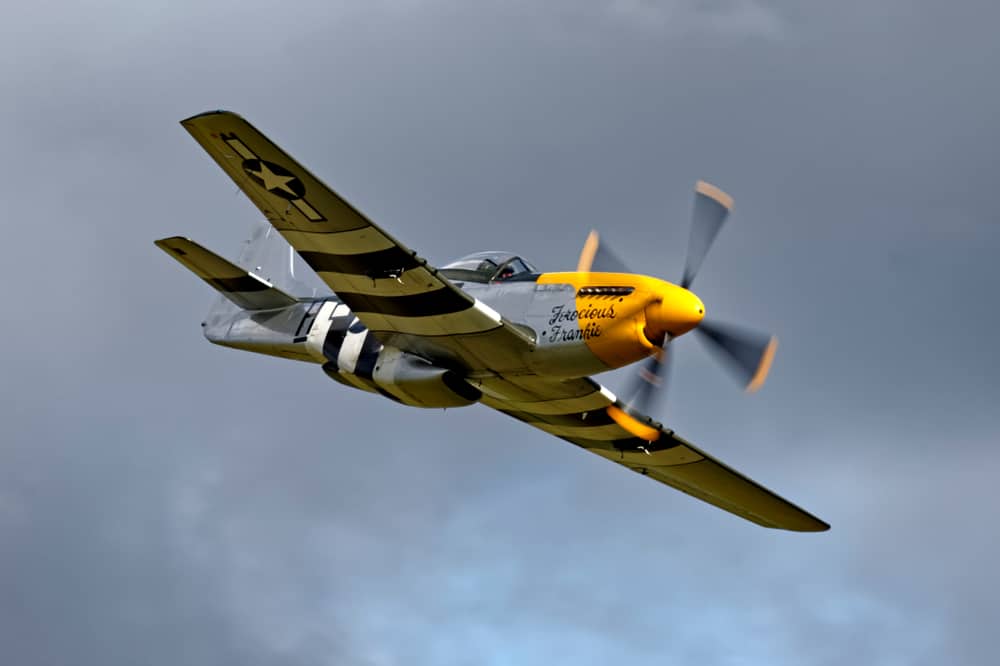 At first many manufacturers declined to continue developing wings with laminar flow in mind, as obtaining a totally smooth airfoil within exact tolerance proved to be too difficult for the days of the early 1930’s.

Eventually, however, engineers were able to solve the smoothness conundrum by painting the entirety of the wings, and produced at least partially laminar flow wings. These wings were proof of the laminar flow theories first developed by German scientist Ludwig Prandtl years before real attempts were made at bringing these wings to flight.

As discussed above, laminar is the opposite of turbulent. It is smooth, continuous, and predictable where turbulence is not. If not designed against, turbulent flow can be much more present in a flying object than its counterpart.

The main reason to design against turbulent airflow is to reduce the drag on an airfoil or wing. Excessive kinetic energy in turbulent fluids results in seemingly random shifts in pressure and flow velocity, which appear as eddies, whorls, and vortices. As air is a fluid as well, friction is the result of air rubbing against an airplane.

The reason this happens is because air moving close to the wing of an airplane actually sticks to the surface of the wing and rub against the air passing around the wing, inducing friction (which is called drag when talking about objects like airplanes). This has a compounding effect, as the air that gets rubbed in turn slows down and rubs the air above (or below) it, cascading into a layer of “sticky air” known as the boundary layer.

The boundary layer occurs because air retains a small amount of viscosity. A turbulent boundary layer means there is a difference in energies between the infinitesimal layers, as opposed to parallel or equal energies. While over, say, a meter of length the drag on an airfoil is quite small, taken over the length of two airplane wings of a fuselage, these frictional losses really add up as a force fighting against the motion of the plane.

When turbulent air is more prevalent, either through rough wing surface or design of the airfoil, it has more interaction with the wing. This in turn accelerates the formation of a reductive boundary layer, and forms it faster as well.

The larger a boundary layer, the more it acts as an opposite force to plane momentum. In addition to this drag, an increasing boundary layer can also negatively affect how much lift a plane has by increasing the amount of air pressure above the wing or airfoil.

Laminar Flow Over an Airfoil

Laminar flow is typically found occurring at the front of a plane wing or airfoil. If this laminar flow is interrupted it becomes turbulent, which as mentioned above is not desirable for flight. Unfortunately, turbulent air across the top of an airfoil is unavoidable, it will form eventually even as the entering air remains laminar.

This occurs both above and below the wing, though it can be easier to keep laminar flow underneath. The key to designing a laminar flow wing means pushing back this transition point to turbulence as far as possible, maintaining clean air flow and preventing a large boundary layer forming for as long as possible.

There are many design considerations made when constructing new airfoils that reduce drag and increase amount of laminar air. Through countless hours of testing and development, engineers have over decades approached a somewhat universal design shape for the modern airfoils and wings we see today. Here are a few of those design considerations.

While wing development started off quite symmetrical, airfoil design converged on a shape that was slightly more oblong. Lightly curved on the top, and relatively flat along the bottom. In addition to the curvature, thickness was carefully considered.

Most airfoils today start with a relatively thin leading edge, gradually widening to the point of maximum thickness (known as the “chord”), before tapering off to end at the thinnest point of the wing. Again much of this shape comes from a shifting or curving top edge. The purpose of this varying thickness is to control the sticking of the boundary layer to the surface of the wing for as long as possible before turbulence formed when traveling at high speeds.

With symmetrical shaped wings, this point of turbulence that forms over the remainder of the wing occurs much sooner.

One ingenuous idea that researchers at Texas A&M University had that eventually made its way to NASA was to add small bumps to a portion of a wing’s surface. While at first this may seem counter intuitive, as discussed above smooth wings are necessary to reduce turbulence, the researchers found a way to almost bypass the turbulence process.

Indeed, from a more advanced principal of fluid mechanics, it has been known for some time that if waves of traveling over a wing are excited with enough energy, they jump from being laminar flows right over the state of turbulence, and back to being laminar waves with higher energies.

By adding bumps to the laminar zone leading edge of a wing, they were able to form stable laminar waves that remained laminar for longer durations, up to 50% of the length of a wing. With this discovery, early pioneers in aviation were able surpass the speed of sound by slight amounts.