Thermal diffusivity is the measure of how fast heat spreads through a given material. It is essentially how fast and effectively a material can conduct heat after considering the stored heat. There are a few ways to describe thermal diffusivity, so let’s get into them.

What Does Thermal Diffusivity Tell Us?

Thermal diffusivity can be thought of as the overall rate of heat transfer through a material. That distinction is important, because heat transfer can occur in three different ways: conduction, convection, and through radiation. But radiation and convection occur outside the bounds of a medium, and are harder to model, while conduction is a bit easier to conceptualize.

The equation below is used to calculate thermal diffusivity:

All three of these properties relate to the material itself. Here, we can see why thermal diffusivity is sometimes thought of as the ratio of heat entering a material to the heat already stored or being stored in it, per unit volume. In simpler terms, it is the measure of the transfer of heat to the stored heat. 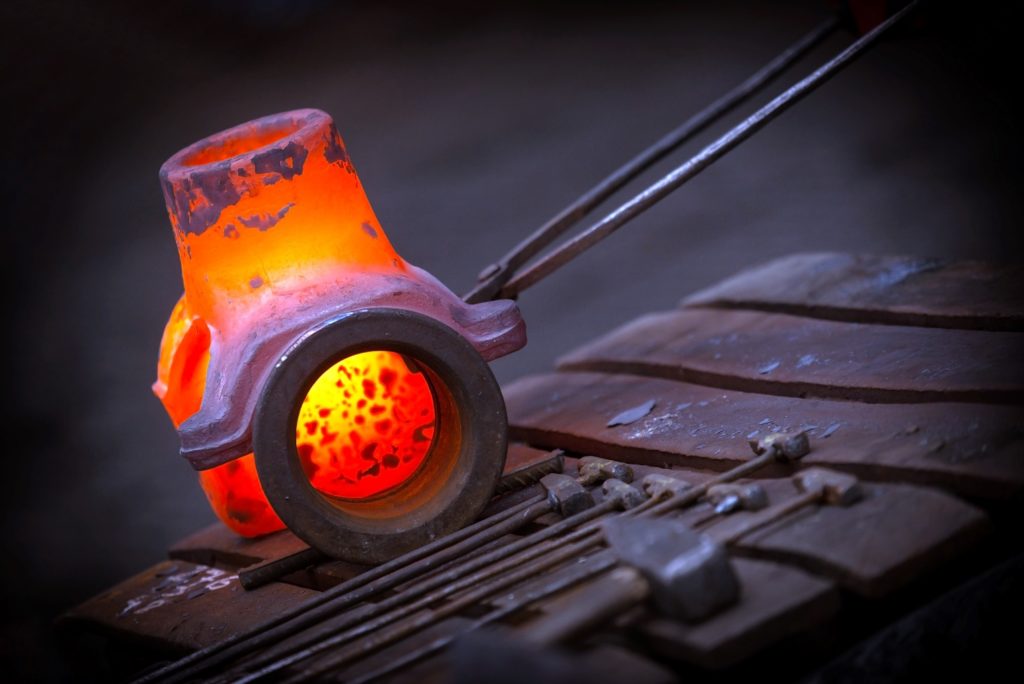 What Does Thermal Diffusivity Depend On?

As we can see from the equation above, thermal diffusivity is highly dependent on thermal conductivity, and inversely proportional to density and specific heat capacity. Each factor plays a different role in determining the thermal diffusivity.

Thermal conductivity, while sometimes confused with diffusivity, is not the same thing. Conductivity is the measure of how “willing” a molecule is to give or accept heat. These two properties do go hand in hand, however, and if one is high the other is as well.

Density is inversely proportional to thermal diffusivity, which makes sense when you think about it. The more tightly packed the molecules of a substance are, the harder and slower it is for heat to move between the molecules.

Lastly, specific heat capacity is a measure of how much heat can be held by an individual molecule or atom. While that at first might seem like it would have a direct relationship with thermal diffusivity, it actually limits the spread of heat. The more heat capacity an atom has, the more heat it will take in before spreading to nearby molecules.

When the thermal conditions of the outside world change, either heat up or cool down, a material will adapt to that. It could be something like the adjacent material heating up, or the outside air cooling down, maybe in a blowing wind (producing convective heat transfer). In all cases, though, the material needs to match the temperature of the immediate outside area, reaching a thermal equilibrium.

Because heat spreads faster through a material with high thermal diffusivity, it will take or give heat to the external area faster, and therefore reach thermal equilibrium more quickly. There are a lot of applications where fast thermal diffusivity would be an advantage.

What Does a Low Thermal Diffusivity Mean?

Low thermal diffusivity means a material does not spread heat within its bounds quickly. This could be for several reasons. Typically, it is because thermal conductivity is quite low, but in other cases a material may be very dense or have a high ability to store rather than spread heat. It may not want to “give up” the heat it has stored, dictated by specific heat capacity.

The advantages of having low thermal diffusivity can be quite obvious in some use cases. In the aerospace industry, synthetic foams and epoxies have been developed with very low thermal diffusivities for use in rocket ships. These foams have low densities and help to prevent structural damage to the rockets upon atmospheric reentry.

The Difference Between Thermal Diffusivity and Thermal Conductivity 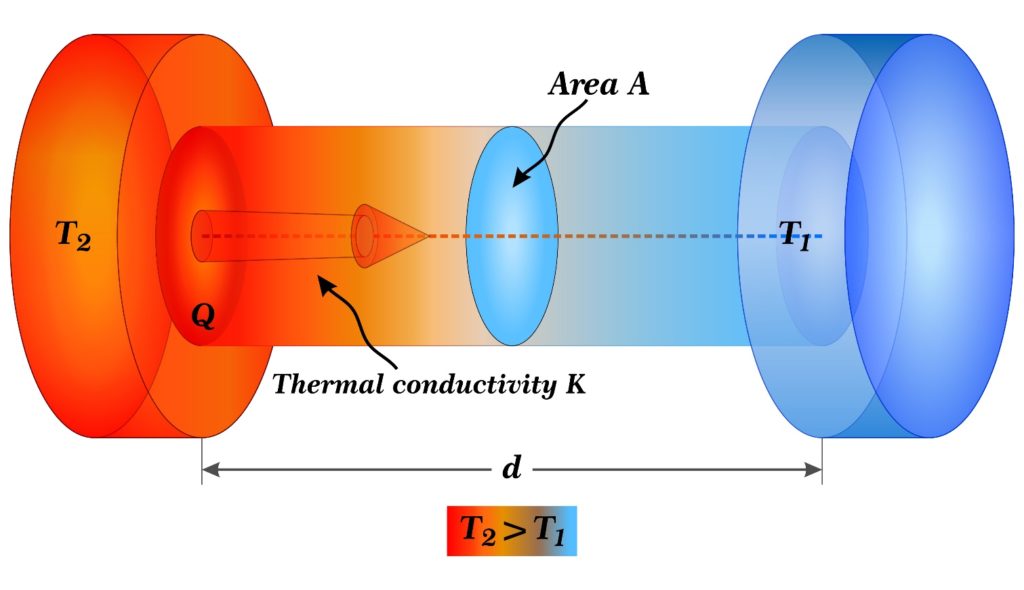 The equation for thermal conductivity is as follows: