Compressibility is a measure of fluid based on the change in volume with respect to a change in pressure, provided temperature remains constant. It is a quantifying of how much a fluid expands with lowered pressure and shrinks with higher pressure (at least, that’s the way fluid should work). As this measure requires temperature stay unchanged, it can also be called an isothermal change.

The way to determine compressibility begins with determining the bulk modulus, also known the “elasticity” of volume as it changes under varying pressures. This is defined as: 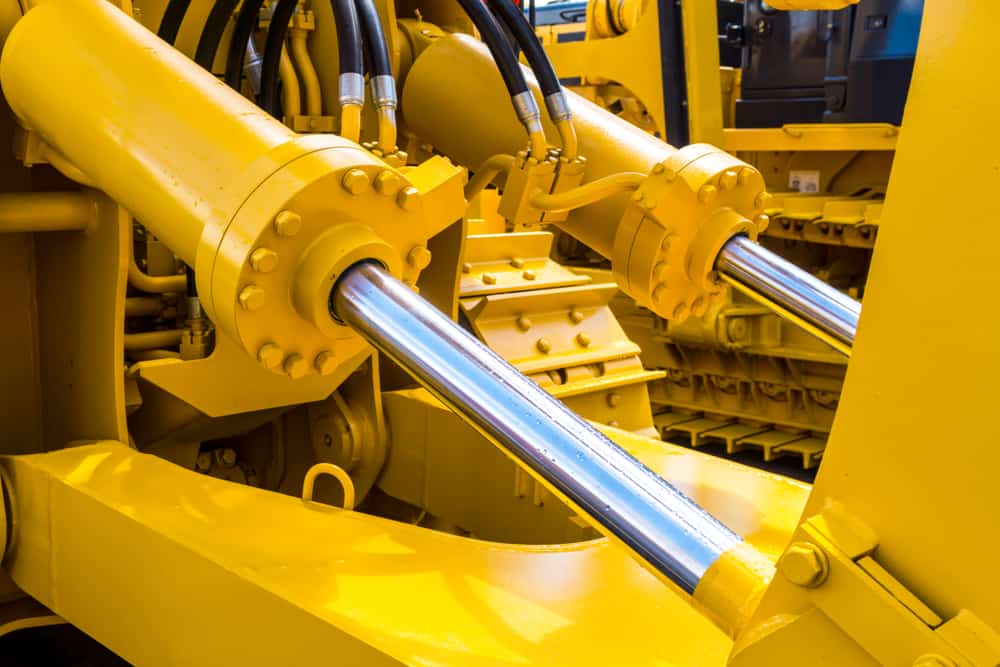 Hydraulic fluid is used to transfer mechanical energy (also referred to as “power” or “work”) from one part of a system to another. It is widely used in the world of machines, from brake systems and power steering in automobiles, to lubrication and heat dissipation. The less compressible hydraulic fluid is, the more efficient it is.

Hydraulic fluid these days is largely made up of various mineral oils, or synthetic man-made chemicals. Water is used in certain applications, but is much less common due to being more susceptible to freezing or evaporating, and being a much worse lubricant.

As discussed above, liquids are compressible, but not very much. How much is quite dependent on the external conditions, like pressure and temperature. But it can be compressed, as demonstrated by the fact that ocean water at the bottom of the sea is in fact more dense than that of water floating on the surface at a little over 1 KPa (though this is in part due to colder ocean temperatures at lower depths).

But this is quite an extreme scenario. Under normal conditions and temperatures, water is incredibly resistant to compression. Liquid water will compress by only 0.024% under a pressure increase of 500KPa. That’s about 500 times atmospheric pressure just for that little reduction in volume!

See also  When to Use Fanning Friction Factor

Both hydraulic fluid (which is an oil) and water are quite incompressible under normal pressures, but actually water is the less compressible fluid here. The bulk modulus of water is around 2.15 GPa, whereas it’s slightly under 1.38 GPa for hydraulic fluid. But this is gigapascals we’re talking about here, a massive amount of pressure!

So yes, hydraulic fluid is in fact more compressible than water. But both liquids do not compress easily, especially under the circumstances (ie pressure and temperature) for normal, every day use. But hydraulic fluid in the form of oil has other advantages that water cannot match.

Say we have a brake system where the opening of a tube is smaller than the end. Pascal’s law states that if there is a pressure increase at one point of a closed space, the same increase will happen at every point. 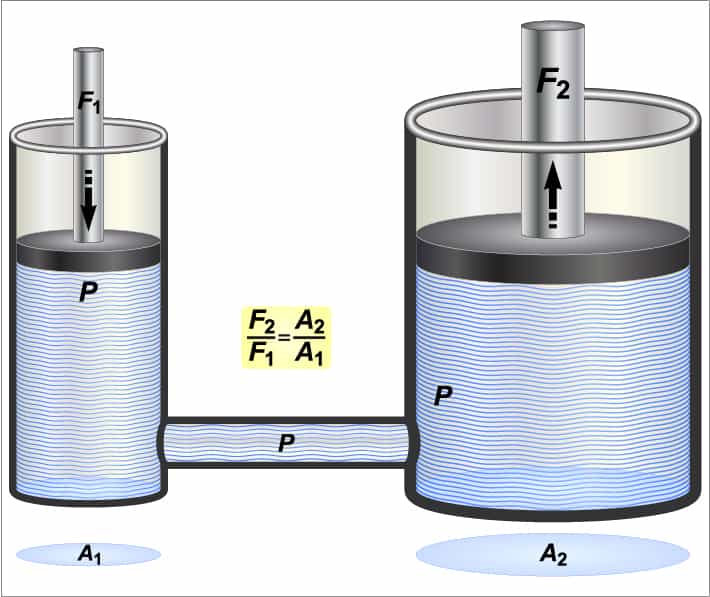 If the force on the smaller end is increased, to push hydraulic fluid through the tube, then that pressure will increase on the larger end as well (which is now applied over a larger area, to do some mechanical work). If the hydraulic fluid was compressible, the pressure on the other end we need to push or mechanical system will never arrive! Instead our hydraulic fluid would shrink, the volume wouldn’t be big enough to push as much as we need to. 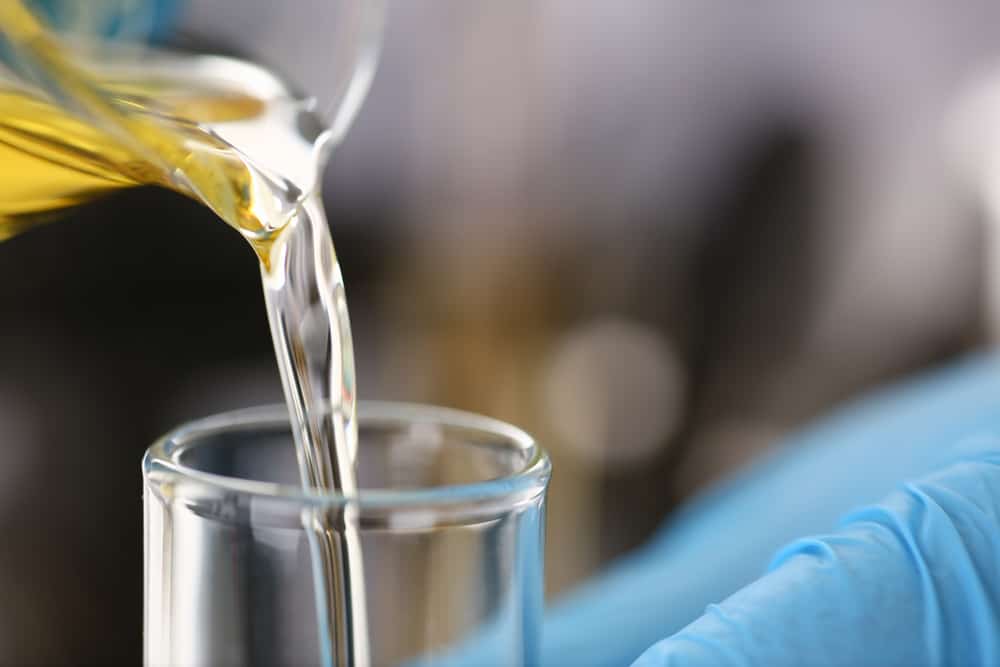 There are a number of qualities a good hydraulic fluid should have to work effectively besides being incompressible. Let’s look at a few of them.

If the viscosity of a hydraulic fluid is too high, the fluid will be too thick and difficult to pump through the hydraulic system. However, if the fluid is too thin, and has a low viscosity, it will not seal enough, and be more prone to leaking. It is important to note that temperature, both internal and external, can have a big effect on viscosity.

Stability means a lot of things when it comes to hydraulic fluid. Foremost it means it does not degrade when exposed to things like temperature change, mixing with other fluids, and high usage over time.

Oxidation stability in hydraulic fluid helps to slow the chemical reactions it has with oxygen. Oxidizing hydraulic fluid degrades quickly, causing issues within the system. It’s also important for hydraulic fluid to have hydrolytic stability, resistant to mixing with water. Water in the system can cause blockages, as well as the formation of corrosive acids.