Metal bolts are found in almost every steel structure today, holding our buildings, bridges, railways and so much more together. Not all bolts are created equal, however. Different bolts will serve different purposes and be more useful than others as structures are subjected to varying loads. We’ll look at a few comparisons between two very common bolt types, A307 and A325. 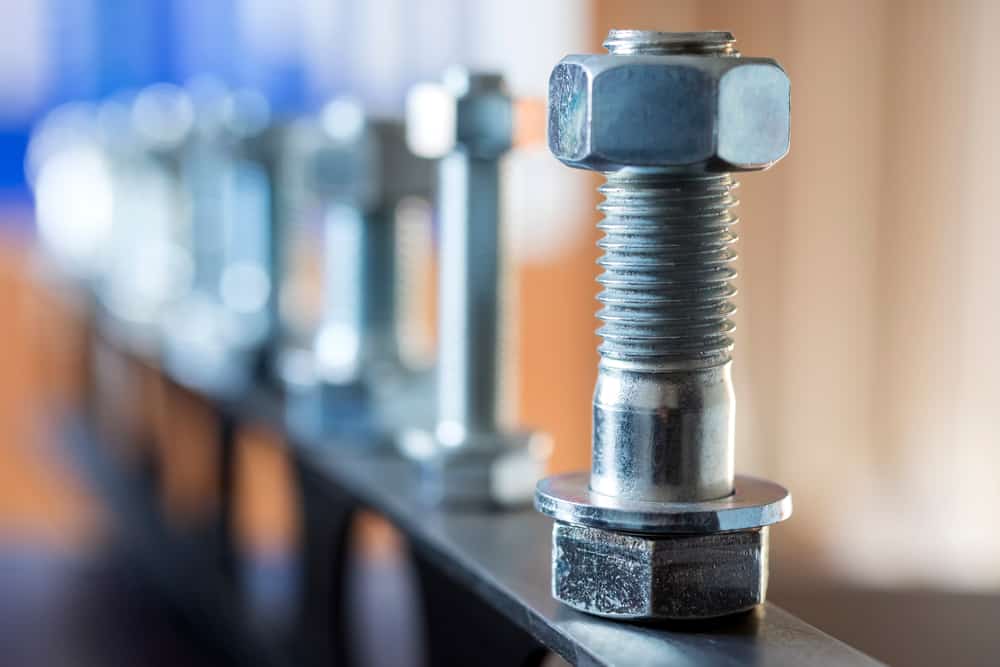 A bolt that is called A307 means that it is graded as an A307 bolt. The grade of a bolt determines how strong it is, and how safe it is to be used in certain applications. It deems what the maximum amount of stress allowable for the bolt is, or in other words, the bolt’s maximum tensile strength.

A bolt that begins with an “A” means that it follows the bolt grading standards conceived by the American Society for Testing and Materials (ASTM). The strength grades are the three numbers that follow the leading A. After that, it will be given a graded designation of either A, B or C.

An A307 rating covers a range of bolt types, from headed bolts to threaded rods and bent bolts for a variety of general applications. The “307” is a material specification, designating the bolt as carbon steel. How much carbon, manganese, phosphorus, and sulfur makes up the bolt decides whether the bolt is grade A307 or B307. An A307 “A” bolt is allowed to have 0.1% more sulfur than a A307 “B” bolt. 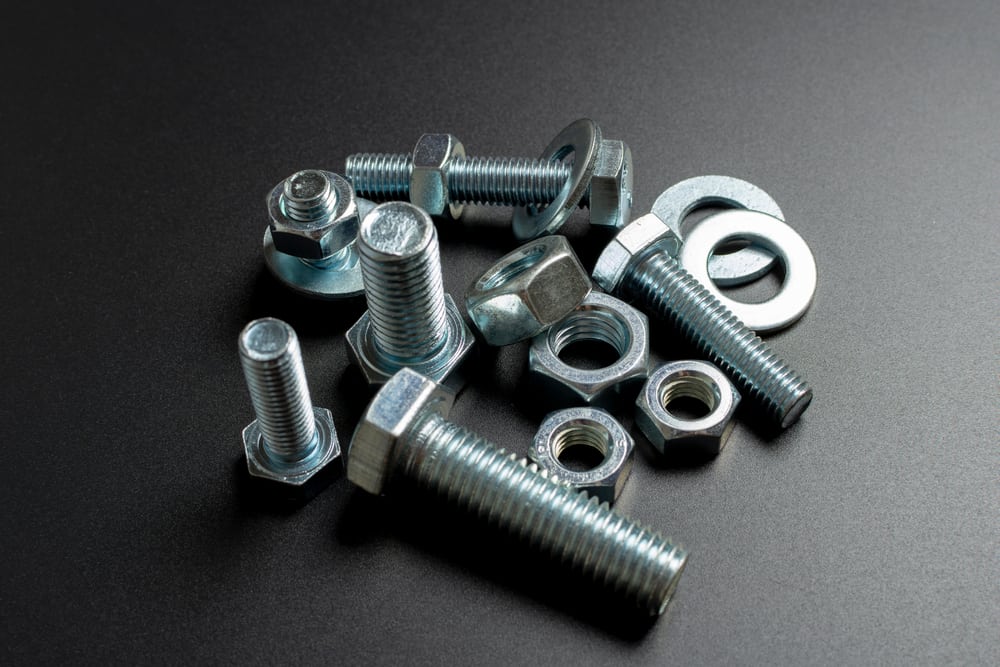 As mentioned above, A307 A bolts cover the group of headed bolts, threaded rods, and bent bolts. A307 bolts are not considered high strength bolts. Wooden applications will typically use A307 bolts, for instance.

Grade B A307 bolts can have a higher strength and are used for different applications. Typically this grade of bolt is used in piping systems, intended for use in cast iron flanged joints. Both A and B grade A307 bolts are considered heavy hex heads.

Grade A307 C bolts have been replaced by ASTM Specification F1554 Gr.36, and now fall under a completely different specification spectrum than the other types of A307 bolts.

The Strength of A325 Bolts 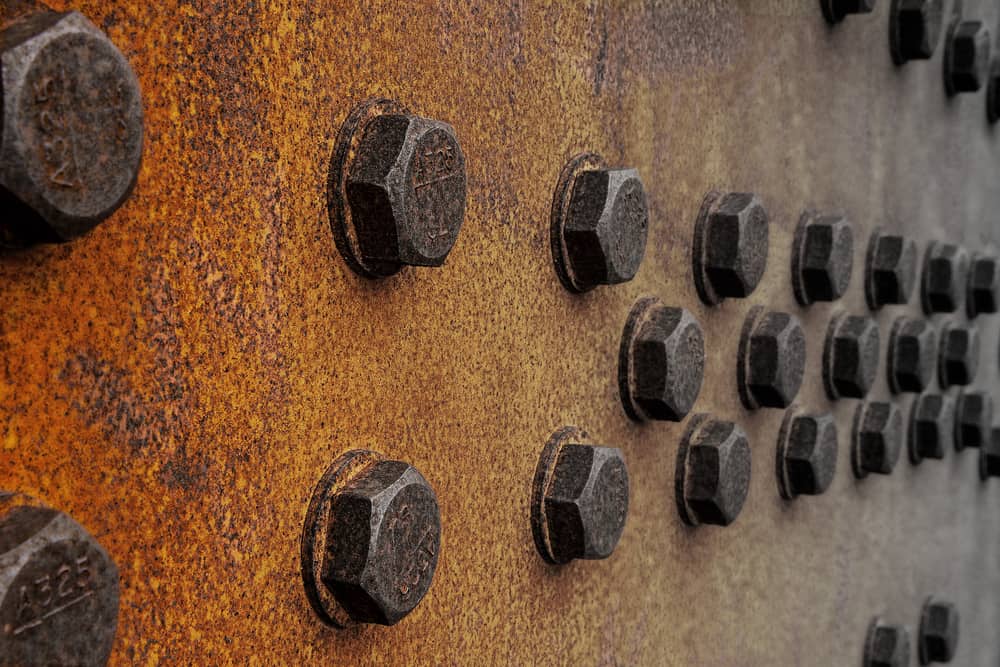 Compared to A307 bolts, A325 are generally higher strength. As such, they are used for different applications. The ultimate tensile strength of A325 bolts is 120 ksi, double that of an A307 A grade bolt.

One can imagine that A325 bolts would be used for much more durable applications. Typically, these bolts will have shorter thread lengths because they are intended for use in structural connections.

A325 bolts are also named and designated by ASTM (hence the “A” in front). Just like A307 bolts, they are designed with a heavy hex head to provide a wider load bearing surface to distribute applied force and tension from the load. The diameter of the bolts can range from ½ inch to 1 ½ inches.

Like A307 bolts, A325 bolts are split into multiple categories. There used to be three types, however the Type 2 designation was withdrawn in 1991.

A325 Type 1 bolts are made of medium carbon, carbon boron, or medium carbon alloy steel. They undergo heat treating to achieve these desired properties that provide mechanical advantage. Also, these are the most common type of A325 bolt available for wide commercial use.

A325 Type 3 bolts are instead made from weathered steel that has been quenched and tempered. Where they differ from type 1 bolts (though the two types ultimately have the same tensile strength) is in the other material additives to the steel. Weathered steel contains copper, chromium, and nickel, each of which has an anti-corrosion effect on the final bolt.

As of 2016, A325 bolt specifications were withdrawn by ASTM and replaced with F3125 designations instead. This was done to reduce inconsistencies within the existing standards and combine several bolts into one larger group. This makes for simpler updating of standards.

The biggest change that came from this transition was dropping the minimum tensile strength requirements to 105 ksi, to give a more realistic standard for the applications. 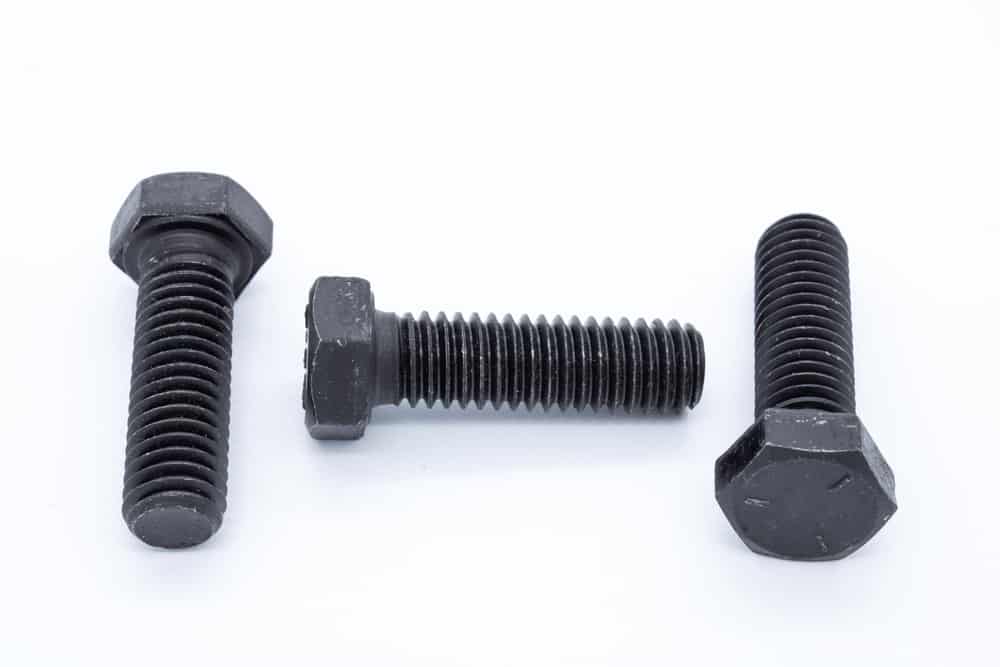 Grade 5 bolts and A325 bolts are not the exact same thing. The main difference is how they are classified, or which group of standards they fall under. The grade 5 designation is defined by the Society of Automotive Engineers (SAE), whereas A325 bolts fall under ASTM standards.

The two bolts do however look and function similarly, and that’s why they sometimes get confused for one another. In terms of chemical composition and physical capabilities the two are virtually identical. But we should note a few key differences.

A325 Bolts are typically used in more structural applications, for example in heavy-use construction projects. Grade 5 bolts, on the other hand, are far more common in Original Equipment Manufacturer (OEM) applications. OEM in this case likely means an automobile manufacturer originally making parts and using grade 5 bolts within those parts.

Another size differences between the two bolts are that Grade 5 bolts may start at ¼” in diameter, as opposed to ½” for A325. Finally, A325 bolts may have shorter and specific thread lengths (based on bolt diameter), whereas Grad 5 bolts follow more standard threat lengths.