If a bolt is being used to assemble two plates, this could be achieved by either putting clearance holes in both plates and using a nut on the opposite end, or by putting a clearance hole in the first plate and a tapped hole in the second plate. Either way, one of the assembled objects should use a clearance hole.

Clearance holes are designed to let the shank of a bolt pass through without interference but keep the head from passing through. The amount of clearance needed depends on how accurate the assembly’s position needs to be and the dimensional tolerancing of the objects being assembled.

There are 3 types of clearance holes: standard, oversize, and close-fitting.

Most bolt holes are made with “standard” clearance and are considered a normal fit. A normal fit provides relatively accurate positioning of assembled components while still allowing for slight misalignment. If you are using a 3D drafting software like SolidWorks or Inventor, the default setting for clearance holes is probably a normal fit. 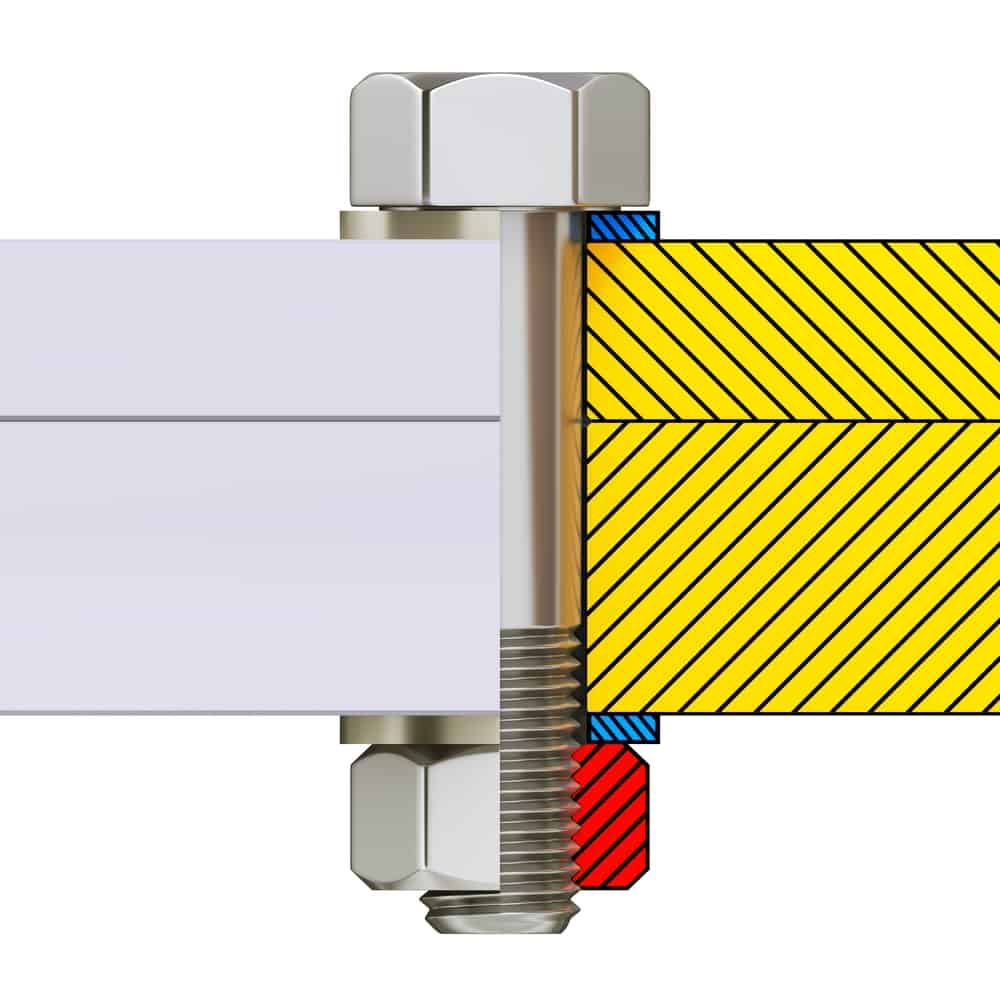 Oversize holes have more clearance for the bolt shank and are considered a loose fit because the bolt has more room to move. You can use an oversized hole to allow for more fluctuation in alignment if the objects you assemble have wide tolerances. On the other hand, if you are assembling objects with oversized holes and you need a more precise positioning method, you can add locating pins or dowels.

Clearance holes designed for a close fit have just enough clearance for the bolt shank and allow for minimal misalignment in components. This fit can be used if the objects you are assembling have relatively tight tolerances. A close fit provides the best accuracy in terms of positioning without having to rely on other locating hardware.

Slots are commonly used in civil or structural engineering but they serve the same purpose as clearance holes. A slot’s diameter is the same size as the equivalent clearance hole, so it provides the same amount of clearance for the bolt shank without letting the head pass through. The difference is that its oblong shape allows for additional linear adjustment.

The length, direction, and position of the slot can affect an object’s structural integrity and therefore may require extensive calculations.

There are two classifications: short slots (SSL) and long slots (LSL). Nominal dimensions for both types are defined according to AISC (American Society of Civil Engineers) or RCSC (Research Council on Structural Connections) specifications.

Threaded Fasteners and Other Hardware

Now that we’ve established that bolts and clearance holes go together, let’s look at other common fastening components, how they work, and why we use them.

A common misconception is that torque is what holds bolted assemblies together. However, torque is just the rotational force applied to a bolt during the tightening process. The force that actually holds bolted components together is the tensile clamping force, which is more difficult to quantify and measure.

Since torque is easy to measure during the assembly process and it’s directly correlated to the clamping force, that is what engineers specify on drawings. In most cases, a greater torque means more clamping force. However, there is such a thing as over-torquing a bolt, where the clamping force exceeds the tensile yield strength of the fastener.

The most common threaded fasteners are bolts, screws, and nuts. Bolts and screws both have male (external) threads but there are slight differences in their shape and applications. Nuts have female threads (internal) and are typically used with bolts assembled through clearance holes.

Bolts are designed to assemble objects that don’t have internal threads, usually by installing them in clearance holes and fastening a nut on the opposite end. Most bolts have a flat-ended shank and come in several different options in terms of material, head shape, and shank type.

Screws are meant to fasten objects with tapped (internally threaded) holes. Their heads and shanks are available in several different shapes, sizes, and materials but they normally have a pointed tip.

One unique fastener is the self-tapping screw, which is designed to cut its own threads as it’s assembled rather than being driven into a hole that’s already tapped. Self-tapping screws work best in soft materials like wood and plastic and are often installed in pilot holes, which are undersized so they are smaller than the screw’s minimum diameter.

Nuts feature female threads and are usually assembled on the opposite end of a bolt that’s been installed in a clearance hole. There are several shapes that serve specific purposes, such as lock nuts, wing nuts, and T-slot nuts, but the hexagon shape is standard. Hex nuts are torqued with a wrench so they seat against the assembled object’s surface (or a washer) and provide tensile force between nut and the bottom face of the bolt head. 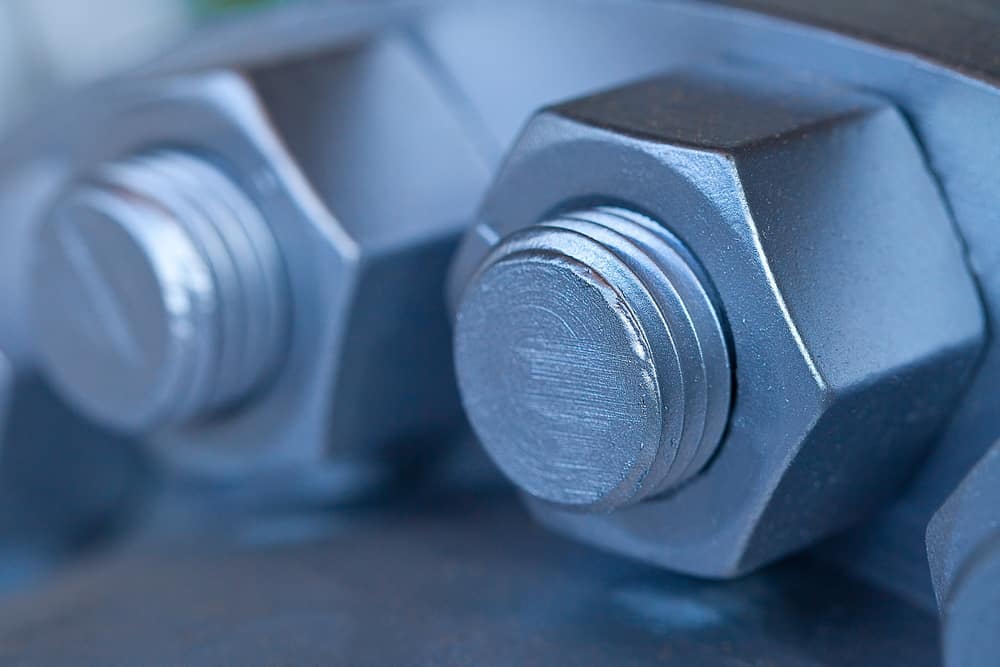 Washers are not threaded but they are often used in conjunction with threaded fasteners. Flat washers are the cheapest and most common type of washer. They are relatively thin and feature a clearance hole for the bolt shank and an outer diameter that is larger than the bolt head.

Washers can also be placed under a bolt head to act as spacers if the bolt shank is too long. Another application would be in assemblies that vibrate at frequencies that loosen fasteners. In those cases, vibration-damping washers are designed to absorb some of the vibration to prevent loosening.